← back to
Lovemonk
Get fresh music recommendations delivered to your inbox every Friday.
We've updated our Terms of Use. You can review the changes here. 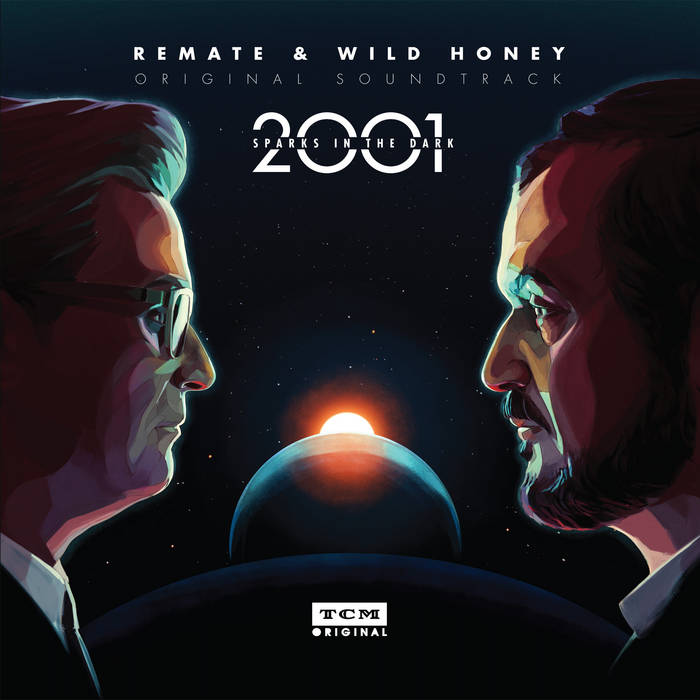 Spanish artists Remate and Wild Honey have joined hands to write the score to 2001 Sparks In The Dark, an original TCM Spain production paying tribute to Stanley Kubrick's classic masterpiece 2001: A Space Odyssey, which was premiered 50 years ago.

It is the first time the two musicians, both staples of the Madrid underground music scene, work together writing a soundtrack. Moreover, apart from writing the music, they played all of it themselves, albeit with the help, on some of the tracks, from singer Alondra Bentley, and violinist Ana Galletero.

"Our aim was to write a timeless score, we weren't looking for the sound of one particular era. Although it's dissociated from the original film, I believe Kubrick would have liked it," says Remate about the album, which, in his opinion, features all aspects of both of its creators' sounds, both as composers of film scores and as songwriters. The latter aspect "has been key when it came to finding a way to make the music work both in the context of the film and on its own."

The film's director, Pedro González Bermúdez (of the 2012 Goya 'Best Documentary Short' award-winning Regreso a Viridiana; 2015 Goya 'Best Documentary' nominee When Bette Davis Bid Farewell; and 2017's Nostromo: David Lean's Impossible Dream) collaborated with the two composers at all times. "Pedro gave us clear directions with regards to the moods he was looking to establish, which helped us find the right sound. We worked on the development of the score for months. Wild Honey and I wrote our own stuff separately at first, then gathered all the sounds we had come up with, and started polishing. We controlled the whole musical process, including post-production and final editing, which is quite out of the ordinary. We were very lucky in that."

2001 Sparks In The Dark is a recreation of the interview Stanley Kubrick gave to Playboy magazine in September 1968, after the premiere of 2001: A Space Odyssey. In the interview, the director talks about the film's reception, and laid out his vision of the future – it was a conversation which, over time, became key to understand the reflections and theories that led the filmmaker to shoot the feature that would change science fiction for good.

WILD HONEY
Guillermo Farré is the singer and multi-instrumentalist behind the Wild Honey moniker.
In 2017 he released Torres Blancas, his third album and most surprising collection of songs to date, which was included in the 'Best of 2017' lists of many of Spain's leading magazines and newspapers. Established as one of the most inventive writers and producers of his home country's pop scene, Guillermo scored several TCM produced documentaries, such as When Bette Davis Bid Farewell, and Nostromo: David Lean's Impossible Dream.

REMATE
Remate is a multi-instrumentalist and songwriter with a classical formation (having graduated from the Royal Welsh College of Music & Drama in Cardiff, UK). He has released 15 albums over the years, the most recent being Kitasato (2018), an album featuring electronic pieces about female characters from contemporary movies.

In 2015, he wrote the score to Orson Welles' "lost" film Too Much Johnson, and recently he worked with Spanish director Isabel Coixet for the soundtrack to El espíritu de la pintura, a documentary about the artist Cai Guo-Qiang. As a songwriter, he has been called "an extravagant Sufjan Stevens" (The Sunday Times). As a composer of film scores he operates somewhere between the minimalism of Terry Riley and La Monte Thorton Young, classical music, and electronica. He is currently mainly working in film and television.